Woody Leslie has been making brilliant intermedia works for years under the banner of One Page Productions & Large Home Tiny Idea. Woody’s latest venture takes three forms – 1.) a book with representations of each US state, visually constructed out of the letters in its name, 2.) a digital version of the book, and 3.) a text-to-speech realization of each state, read by a computerized voice, almost Pokemon-like. The resulting hypnotic sounds defy expectation. Woody’s vision has produced a unique kind of contemporary found-art minimalism. 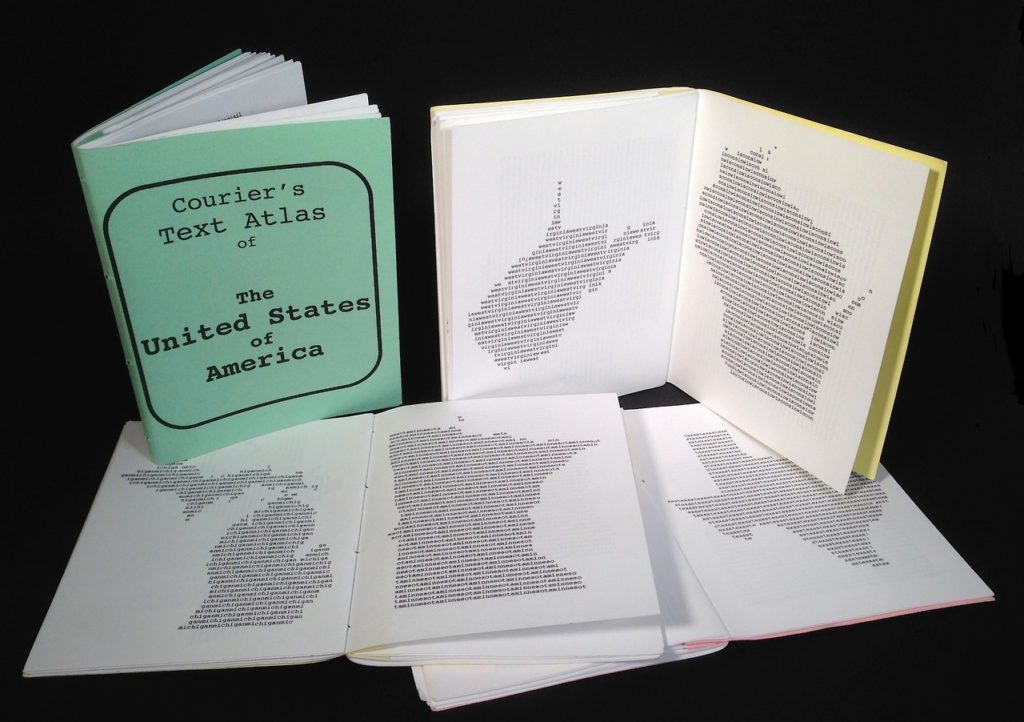